White House Releases Statement On The Occasion Of Orthodox Christmas

Oped: Dictatorship or Democracy? The Case of Tunisia

by Jennifer Jones
in Health
0

691
SHARES
1.8k
VIEWS
Share on FacebookShare on Twitter
Wearing a mask makes a difference. America please be safe and proactively wear a mask. If not for yourself than as a sign of respect for others. Our economy cannot handle another shutdown. It’s better to be safe than sorry in so many ways. 🇺🇸 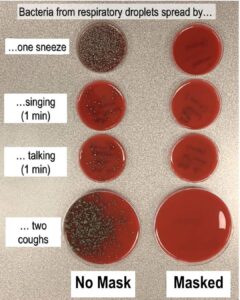 A letter from over 200 scientists to the World Health Organization asks for further investigation into how the virus spreads. WHO responded at a press conference on Tuesday.

Article published by NPR by Pien Huang Science Reporter >> updated on July 7 at 1:54 p.m. to include WHO’s response to the letter.

By now, it’s common knowledge that the coronavirus can be spread by being in close contact with someone who’s infected and then breathing in their respiratory droplets. Or by touching a contaminated surface and rubbing your eyes, nose or mouth.

An open letter signed by 239 researchers addressed to the World Health Organization, published Monday in Clinical Infectious Diseases, calls for attention and guidance around a third route of transmission: tiny respiratory particles that float in the air and are called aerosols and that, the researchers state, could be responsible for infecting someone who comes along and breathes them in.

“Most public health organizations, including the WHO, do not recognize airborne transmission except for aerosol-generating procedures performed in healthcare settings,” the letter states, “Hand-washing and social distancing are appropriate, but in our view, insufficient to provide protection from virus-carrying respiratory microdroplets released into the air by infected people.”

WHO’s response, at a press conference Tuesday, was measured. “There is some evidence emerging but is not definitive,” said Dr. Benedetta Allegranzi, WHO’s technical lead for infection prevention and control. “The possibility of airborne transmission in public settings, especially in very specific conditions — crowded, closed, poorly ventilated settings — cannot be ruled out. However, the evidence needs to be gathered and interpreted.”

WHO officials say they’ve working for weeks on a brief that summarizes evidence on the various modes of transmission and will publish it in the coming days.

In the meantime, here’s what we know about the different modes of transmission:

What it is: A virus-filled particle of breath or spittle that comes out of the nose or mouth of an infected individual when they breathe, speak, cough or sneeze. Droplets generally fall to the ground within a few feet of the person who expels them.

How a virus could spread this way: “A large droplet flies through the air and lands on your body,” says Linsey Marr, a professor of civil and environmental engineering who researches airborne transmission at Virginia Tech. “And that could be your eyes, nostrils or mouth.” For instance, “if you’re standing next to your kid and they cough in your face,” says Seema Lakdawala, a flu researcher at the University of Pittsburgh.

How much does it contribute to the spread? Directly coming into contact with respiratory droplets is currently considered the most frequent mode of transmission, according to the U.S. Centers for Disease Control and Prevention and WHO.

What it is: A microscopic virus-packed particle that’s also expelled from an infected person’s mouth when breathing, speaking, coughing or sneezing. Unlike a droplet, smaller aerosol particles can remain suspended in the air >>> READ MORE 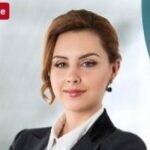