3 Ways Telehealth Has Reduced the Impact of COVID-19

What The Future of Education in the US Could Look Like

by Inside The Nation
in Daily Buzz, US News
0

Texas, Florida, and Arizona are reporting spikes in fatalities from COVID-19 – LOS ANGELES TIMES
National daily death tolls are still lower than in the spring, but with hospitals filling up, health officials are worried about the coming weeks.

Dr. Anthony Fauci said political partisanship has made the U.S. response to the outbreak less effective – FIVETHIRTYEIGHT
“When you compare us to other countries, I don’t think you can say we’re doing great … we’re just not.”

Facing pressure from the scientific community – NEW YORK TIMES
The World Health Organization acknowledged the virus may be transmitted through the air and urged further research.

COVID-19 Cases Are Rising, So Why Are Deaths Flatlining? – THE ATLANTIC
The gap between soaring cases and falling deaths is being weaponized by the right to claim a hollow victory in the face of shameless failure. What’s really going on?
Behind New Covid-19 Outbreaks: America’s Patchwork of Policies – VOX
Skyrocketing coronavirus cases in Florida, Texas, California and other states reveal missteps at all levels of government; ‘There is no national goal, no national objective’ 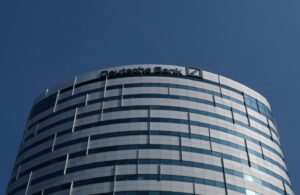 FOR TRUMP, “DEUTSCHE” MEANS “GOTCHA” – PREVAIL by Greg Olear
Indictments loom for the president and members of his family. And there’s nothing he can do about it.

PRESIDENT TRUMP’S FINANCIAL RECORDS – POLITICO
Probably won’t become public before the election, after a split decision in the Supreme Court. Justices ruled that New York prosecutors, as part of their criminal investigation, have the authority to access them, but suggested Congress does not.

NAYA RIVERA IS PRESUMED TO HAVE DROWNED – PEOPLE
Authorities said, though a search is ongoing. The Glee actor disappeared Wednesday after a swim with her son in a California lake. CCTV footage released by the Ventura County Sheriff’s Office Thursday evening shows the 33-year-old actress and her 4-year-old son arriving and launching from the Lake Piru dock.

The latest trend and news for the people by the people. Left right and center all in one place.

What we have learned from Coronavirus autopsies

3 Ways Telehealth Has Reduced the Impact of COVID-19