by Inside The Nation Staff
in Business
0 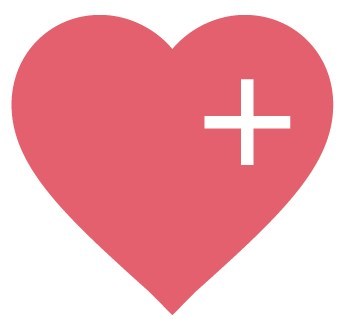 The Office of Cannabis Management has also permanently waived the $50 patient application fee, expanded the type of practitioners that can recommend cannabis, and allowed the sale of flower in addition to several other improvements. The OCM has also prepared the regulations for personal cultivation, which should be passed by summer.

This massive expansion of the program is due to the passage of the state’s recreational legalization bill, the Marijuana Regulation and Taxation Act (MRTA), which was signed into law on March 31, 2021.

New York physician Brian Kessler is thrilled to see this change. “The OCM did the right thing for the people of New York,” said Kessler. “They put the medical decisions back into the hands of the practitioners, where they belong. New York providers have been deeply frustrated because we were pigeonholed into rejecting patients that should qualify for medical marijuana simply because they didn’t have the right kind of illness. This is huge progress.”

The program improvements are expected to cause a large surge in registered patient numbers for the state. Despite its former limitations, roughly 1.3% of New York’s population of 19 million are registered with the medical marijuana program. States that have no qualifying conditions and no adult-use market have seen much higher patient populations.

For instance, a staggering 10% of Oklahoma’s population, or 376,000 people, have registered with their medical marijuana program since it started in June 2018. Missouri processed over 228,692 applications since its program began in June 2019, representing roughly 3.7% of the state’s population.

Neither state requires patients to have a specific qualifying condition, and both states have medical-only cannabis markets. New York has legalized recreational marijuana, but legal adult-use sales aren’t anticipated to begin until 2023 at the earliest.

“If just 4% of New York’s population registers with the program, the state will be processing half a million more registered patients,” said Kam Babazade, co-founder and COO of NuggMD. “It’s going to be a massive undertaking for the OCM.”

“It wouldn’t surprise me to see well more than a million people join New York’s medical marijuana program this year,” said NuggMD co-founder and CMO Alex Milligan. “New York just legalized the sale of flower too. This is a huge boost for patients who prefer cannabis in its natural form and makes the program even more attractive to potential patients.”

The OCM is also allowing a broader range of practitioners to recommend cannabis. Any health care provider who is qualified to treat the patient’s serious condition and who can prescribe controlled substances to humans in New York State can complete the OCM’s two to four-hour class on medical marijuana and register to certify patients now. This includes dentists, nurse practitioners, and podiatrists.

Patients who were evaluated before but whose conditions didn’t qualify for the program can get re-evaluated by the same practitioner or by a new one so long as the practitioner is qualified to treat their specific condition.

Since 2016, NuggMD has provided patients with a safe, convenient and affordable way to obtain a medical marijuana card. Their fully-licensed practitioners have obtained all certifications necessary for the states in which they provide evaluations. In New York, evaluations cost just $149, and no appointment is necessary.

NuggMD is the nation’s leading medical marijuana technology platform, facilitating access to medical marijuana for patients in California, Connecticut, Illinois, Maine, Maryland, Missouri, Nevada, New Jersey, New York, Ohio, Oklahoma, Pennsylvania, and Virginia. NuggMD’s patients receive their evaluations entirely online via face-to-face video chats from the comfort and privacy of their own homes. Qualifying medical conditions vary by state. Since its launch in 2016, NuggMD has helped over one million medical marijuana patients connect with their new physicians and obtain their medical marijuana recommendations. They are fully committed to improving their patients’ quality of life through cannabis.