by Maurizio Geri
in Politics
0

With the killing of the Chadian president by terrorist groups and new ethnic conflicts in Ethiopia a new wave of clashes and instability is impacting Africa. Not that the continent was very safe and stable before, with a legacy of post-colonial dictatorships and insecurity increased with the failure of Arab Spring and the birth of new terrorist groups in the last ten years. But today the continent seems on the verge of something worst. Things seems to heat up for security in Africa. 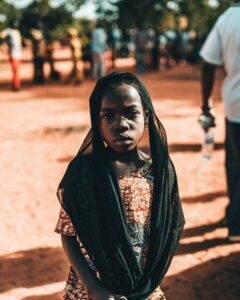 The situation in Mali out of hands of French intervention, with the killing of even UN peacekeepers, the Nigerian Boko Haram increasing power weakening state security forces, the Islamic State expanding in DRC and Al Shabaab expanding in East Africa, show that things are pretty gloomy on the security side of Africa. And not only terrorist threat is looming on the future of Africa. The ethic strives are threatening to destroy stable countries and fragile democratization transitions too. Take the example of Ethiopia, a stable state until recently, again under the threat of civil war with the starting of the Tigray conflict last November and the recent attacks between Amhara and Oromo people, increasing political and ethnic violence but also humanitarian disaster.

I was in Tigray in the spring of 2019 to visit the Rock hewn churches and the monasteries that you could reach only by foot, sometimes climbing with your hands. It is an amazing place, where you can breathe spirituality of people, coming also from isolation of land, mostly a rock land, and the ancient civilization of Axum. Today the cry from the region it’s not hard to hear, with the hundreds of thousands of refugees, hundreds of people killed, thousands of women raped and children taken from their mothers. Some organizations speak about genocide others just confirm the destruction of the structures like Axum Airport, Aduwa industry, agricultural tools and schools. As always, when some domestic conflicts arise, besides to deal internally with elements that made it possible, from ethnic grievances to the political elites’ power struggles, we need to see the regional system, with its regional dynamics and geopolitics, how can support a domestic stabilization.

Unfortunately, the African Union is still weak to respond in a coherent and coordinated manner to the terrorist threat that is expanding from the Sahel to Sub-Saharan Africa, from West to East. Silencing the Guns program failed, with Last year AU inaugurated the new HQ of CISSA, the Committee of Intelligence and Security Services, but the path seems long in the sharing of information among intelligence services in order to fight once and for all armed conflicts in Africa. The other problem is that terrorist threat as well as ethnic conflicts can be won only addressing root causes of instability and insecurity and so the all spectrum of “Human Security” of the population, meaning the freedom from fear, from want and from indignity, and Africa is still backward on this: poverty in Sub-Sahara Africa continues to rise. Not only that but with modern complex times international threats are growing exponentially and making things worst, from the pandemics like Covid 19, who worsened the human security situation in the continent, to the natural disasters expected in the next decades with climate change that coupled with demographic bomb (Africa expected to become four times the current population, reaching 4.5 billion people by the end of the century) could make of Africa the first failed continent in human history.

Africa needs some anchor states, meaning some stable and powerful states that can represent the leadership for continent-wide security and economic initiatives, as it has been for Europe guided by France, Germany and Italy after WWII. Morocco, Egypt and South Africa are the candidates for North and Southern part of the continent, but for East, West and Central Africa the path is still long with the majority of countries considered “fragile states”. For this reason there is an urgent need for a Panafrican strategy by the AU, supported by the UN and also the great powers of the world, first of all EU that should even think to a modern Marshall Plan, on how to really tackle the terrorist threat expanding in the continent, the ethnic grievances that need to be dealt with, in particular when countries will pass from the many dictatorships to fragile democracies, and the urgent development need to couple with sustainable energy production and solution to the endemic poverty that will worsen with demographic expansion and urbanization. The work to be done is a lot, but the institutions, both domestically and continental, seem to not rise to the occasion.

Dr. Maurizio Geri is a former analyst on MENA/Africa at NATO Allied Command Transformation. He has also worked as an analyst for the Italian Defense General Staff and has 20 years’ experience in research and civilian operations on peace and security, international order, democratization, human rights and collective defense (particularly in the Middle East & North Africa).