HBO Max welcomes back the cast of “Friends,” for a reunion

Florida takes the step to get into the Sports Gaming Business 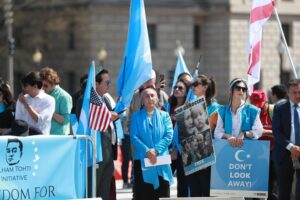 The release of a catch of secret Chinese government documents has revealed new information detailing Chinese efforts to repress dissident citizens in the Xinjiang autonomous region. Many of them are Uyghurs but, the documents suggest efforts to repress and control not only Uyghurs but other potential critics of China stretches far beyond the borders of China’s most northwestern province.
According to a report filed by the Australian Broadcasting Corporation (ABC) at least, 61 Australian citizens — including a former intelligence chief have been caught up in Chinese surveillance efforts, according to a cache of documents that have been shared with the ABC. ABC has further reported that the so-called “Security Files’ contain more than 1.1 million Shanghai PSB and surveillance records.  The documents contain new information about China’s repression against the Uyghurs themselves. These efforts have been described as the largest use of concentration camps since the Second World War II.
While much international reporting on the cache of documents have focused on the internationalization of China’s treatment of minority groups for the families of detainees, the documents offer new information of the fate of the hundreds of thousands forced into camps. Thousands of families who have heard nothing from their loved ones since their imprisonment have found the documents to be an unlikely source of unwelcome news on the fate of family members.
Leaked versions of the document have appeared online, and Uyghur activists and families of those who disappeared by China’s Communist Party have sought out the fate of loved ones. Bugra Arkin is one of these among thousands who learned of the fate of his family from the lists that were shared online after being leaked by an anonymous source. Arkin has not heard the fate of his father in over two years and was shocked to find out earlier this month that members of his family, including children, were listed as having participated in terrorist activities aimed at the Communist Party’s control of Xinjiang.  Arkin describes his father, who he has not heard from for two years, as a quiet family man. He was shocked further to find that his mother and sister are also listed in the same document, along with many friends. Arkin fled China in 2017 and returned to the United States, where he had been studying after briefly being detained in Urumchi. 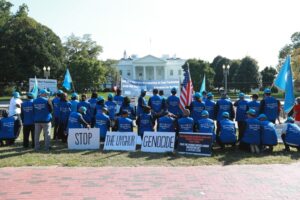 “The whole leaked document includes some 15,000 names of those some 7,500 appear to include those who live within a 4-mile area of Urumqi,” Arkin said.

The newly release documents appear to have been generated by algorithms which help Chinese authorities screen the population for what it deems as unpatriotic activities.

“China is detaining Uyghurs simply for going to the mosque, reading the Qu’ran or those with families abroad. The document shows girls as young as five are being categorized as having participated in terrorist activity. I am very concerned about my family. They have been labeled as a terrorist for no reason, just for being Uyghur.”

The world must do more to pay attention to China’s repression of its Uyghur population and the freedom of people more generally. This is a problem that is unlikely to simply go away if the world stops watching and must be addressed by the Biden administration and all those who care about human rights.

Asim Ali has worked in a variety of roles for three UK Members of Parliament and currently works for the Shadow Minister of Transport. Prior to this he has been a local government candidate for the Labour Party and worked with the United Nations, Geneva.
Comments