by Peter Bordes
in Business
0

We’ve all heard of them.

The group of world changing, tech giants that includes the likes of Amazon, Apple, Google and more. We know all about the hundreds of billions they make yearly, and gigantic market caps as public companies, but what is actually driving that revenue?

Let’s take a dive into the revenue breakdowns of the world’s biggest tech giants, analyzing the biggest segments and regions that make up each of the company’s billions, and how they stack up.

Leading the exclusive pack, is Amazon with a whopping total of $281 in recorded revenue from 2019, with their online store making up a majority of it, followed by their third-party sellers and subscriptions.

By region, the US makes up nearly 70% of their total revenue, followed by UK and the rest of the world.

Next up, is Apple with a total of $260B in recorded revenue, with their flagship product, the iPhone, taking up the lions share of it. By region, the US accounts for nearly half of their total revenue, followed by Europe and Asia.

Alphabet, the parent company behind tech giants Google, Youtube and more, brought in a total of $162B in revenue with their advertising properties making up up 70%. The US takes up 46% of their revenue, also followed by Europe and Asia.

The tech pioneer Microsoft is next up with $162B in total revenue, with Azure, Office and Windows products making up the majority of it. By region, there is almost a fifty fifty split between revenue coming in from the US and the rest of the world.

Last but not least, is Facebook with a not very small total of $71B just this past year alone, with their advertising platform taking up a stunning 98.5% of their total. By region, the US leads again, followed by an even split between Europe and Asia. 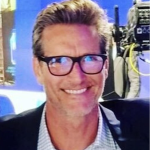